who was the president of india?Ram Nath Kovind 14th President of India.

The President of the Republic of India is the Head of State of India and the Commander-in-chief of the Indian Armed Forces. 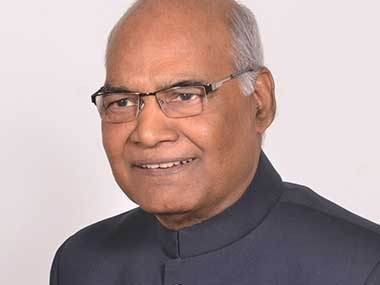 President of India is elected by the both the houses and also by the each legislative assembly. Everyone gives their vote to select president.

According to the constitution of India PRESIDENT plays a very important role. I am very disappointed that most of the people think that president has no power and they call him/her as RUBBER DUMMY . Even supreme court gave the same statement .

When the same question was asked by the former president kK. R. Narayanan

He said AMERICA has executing president

BRITAIN has dummy president in the form of queen ,prince

INDIA has working president, it’s between America and Britain.

But yes, we can say that most of the presidents listen only to the cabinet decision.

But we have few examples who used their power very well.

K. R. Narayan returned the ordinance two times and used his power wisely ; the government at that time had to change the ordinance.

Ram nath kovind is NDA presidential candidate. He is from BJP and former BIHAR GOVERNER. some point will let you know about him

He contested from Ghatampur and Bhognipur (both in Uttar Pradesh) assembly constituencies on the BJP ticket but lost both elections.

He is perfectly fit for the president and bjp plays master stroke by putting his face as dalit, other parties would hesitate to refuse him .

He has knowledge of constitution and has good experience. As the president of India, will take oath as i will protect the constitution. This may help him. And he is also a decision maker.

I hope he works for the betterment of this country and be more active then the previous presidents.

Everyone already knew that BJP will come out with a surprise name as the nominee for President of India . We have seen this in the past with Yogi Adityanath as CM of U.P. and Sri Manoharr Parrikar who came all the way from Goa to be the Defense Minister(However, he is now back in Goa). So, Mr. Kovind’s choice goes well with the nature of BJP of announcing a surprise candidate

Now, lets see some positives and Negatives of this choice:

We have seen many presidential elections in the past and it would be interesting to see this contest. We hope and we wish that we get Presidents like Dr.APJ Abdul Kalam, Mr. Rajendra Prasad, Mr. Sarvapalli Radhakrishna, Mr. KR Narayanan.

I certainly believe that whoever becomes the President of this great country, the sanctity and honor of the chair of the President remains intact.